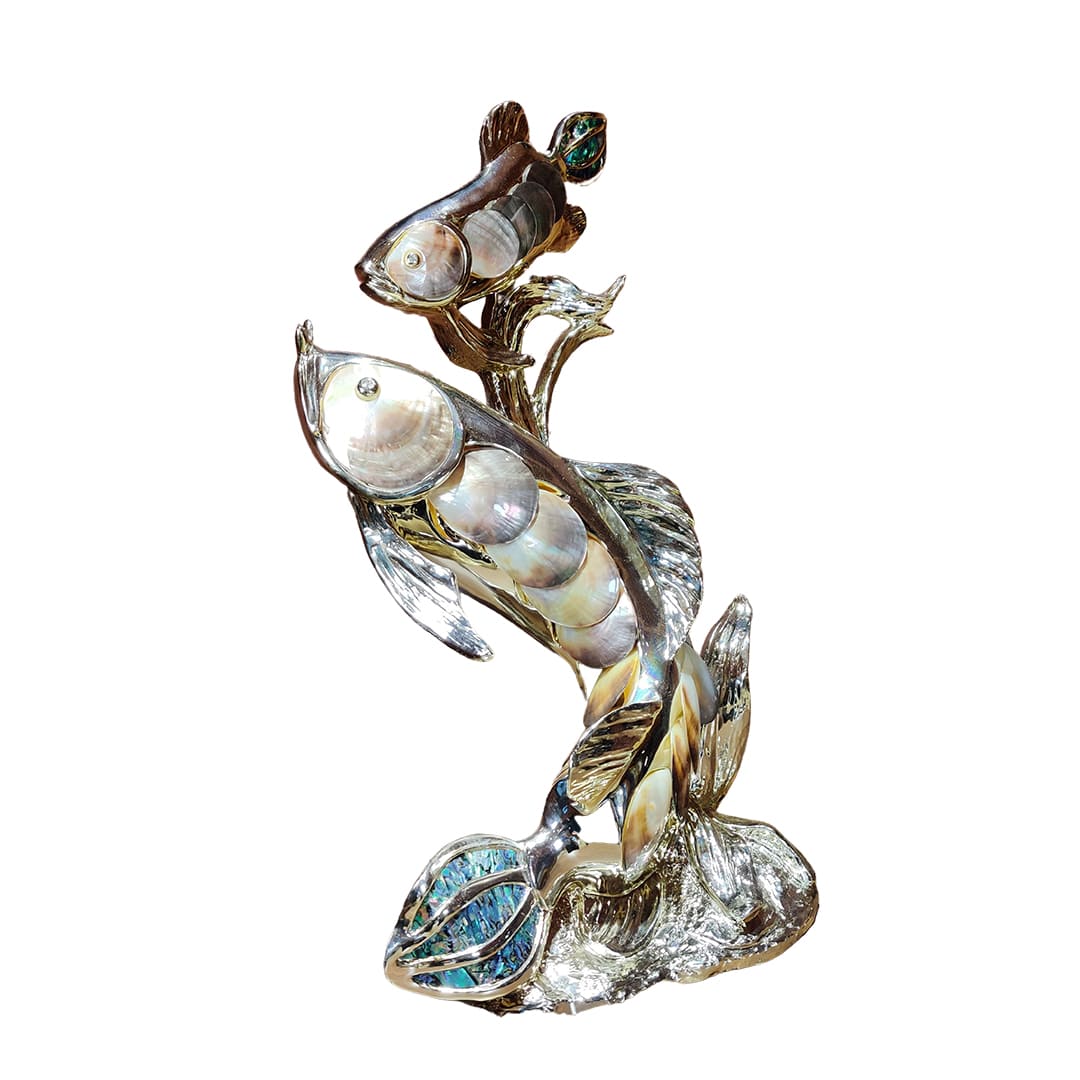 To the Chinese people, the Arowana is known as the golden dragon due to its similarity to the mythical dragon. The Arowana has scales that reflect the colors of the rainbow and spots two whiskers on its face – both traits a dragon possesses.

The Arowana is highly prized for its beauty, intelligence, and ability to attract wealth as well as sense negative energy. When an Arowana begins to act out and hits itself against the tank, it is considered an inauspicious sign. In the direst of situations, the Arowana will leap out of the tank and trade its life to repel the negative energy for its owner. This loyalty makes the Arowana an incredibly revered animal, especially in Chinese culture.

General benefits of an Arowana statue: